Blog » A Fabulous Afternoon at the Brid Spa Panto

A Fabulous Afternoon at the Brid Spa Panto

The lovely Hull & East Riding Mumbler popped along to the Brid Spa Panto this weekend. Read her review here…

On Saturday we escaped the gale force winds and rain with an afternoon at the pantomime (oh yes we did!). 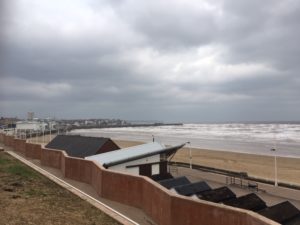 I took my two children and their Grandad to Bridlington to see Jack & the Beanstalk to get us in the festive spirit as the big day creeps closer. Our plans for a full day out with a walk on the beach first were ruined by the British weather, but we managed a quick look at the enormous waves before taking shelter in the Spa cafe and then into the show.

There’s not much to say about the show other than it was fantastic. 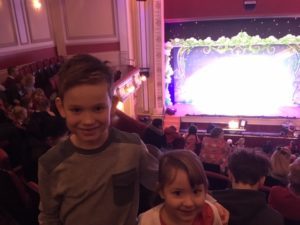 Both of my children were laughing out loud at a lot of the scenes and I too had a good chuckle at some of the jokes, especially the ad lib’ing between the cast and the jokes for grown ups that were included. There were all the bits you expect of panto; joining in with silly songs, ‘he’s behind you’, comedy scenes, a lot of jokes plus some very well put together songs and dances. A lot of the songs were done to popular tracks which my kids loved as they recognised them and were singing along to, including Baby Shark which has been lodged in my head ever since. It’s a panto that doesn’t take itself seriously at all, it’s simply a feel good show with a lot of family fun. 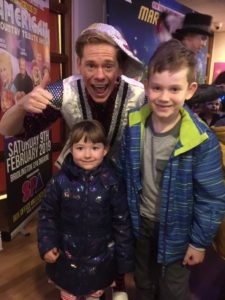 The cast were all good but Dame Trott (played by Andre Vincent) and Jacks brother Simon Trott (played by Lloyd Warbey from Art Attack) were a hilarious double act and made the show for us. After the show finished all of the cast came out to the exit doors to greet everyone which I thought was a lovely touch, and my kids made a beeline straight for Simon so they got their picture taken with him and were delighted.

It’s a relaxed, fun show and well worth a visit over the festive season. The show runs to the 6th January 2019.

Bridlington Spa has once again teamed up with one of the country’s leading pantomime producers, Paul Holman Associates, to present the much-loved story of Jack and the Beanstalk. Starring Star Trek legend Marina Sirtis headlining as the Empathic Fairy, and joining Marina is John Lyons from A Touch of Frost fame, and Disney’s Art Attack, Lloyd Warbey