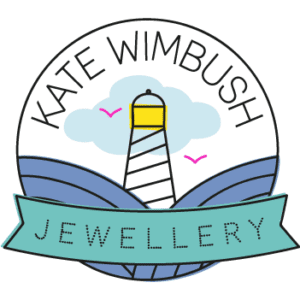 I graduated from University in 2005 with a degree in Design: Craft, specialising in jewellery and plastics. I then went on to work for another jeweller where I learnt so much more! Then real life got in the way and I moved to Manchester and got a job, mortgage, etc so creative work went on the back burner. I always maintained an interest in the arts and made jewellery more as a hobby and for friends when I could.

Fast forward a good few years and we had our first little girl in December 2014. I worked 4 days a week as a civilian for the Police and my husband was a Police Officer working fairly reasonable shifts. I started my maternity leave in October as I really struggled with travelling and the 6am commute from Crewe in Cheshire to Manchester for 7am starts were quite difficult.

In the April 2015 work got in touch just to see how we were getting on, so I responded to arrange a Keeping in Touch day and to discuss my options for returning to work (just so we could start planning ahead) When I went in I was told there has been an office restructure and my old role was no longer needed. To cut a very long, tedious story short, they didn’t follow the correct protocol and it resulted in an out of court settlement prior to an employment tribunal.

At around 6 months after Evie was born and part way through the beginnings of the work stress, I had spent quite a bit of time on my own and my parents still lived in Birmingham, I knew I wasn’t feeling right. After a rather emotional phone call to my health visitor I was referred for some CBT for Post Natal Anxiety. It’s still something I manage now, although I’ve not had any major issues for a good 18 months now.

After we’d made the decision that I would not return to working for the police, I spent the next few months improving my own mental health, getting out doing what new mums should and enjoying time with my daughter. I was also able to start focusing on building my jewellery hobby into the beginnings of a business.

I began to grow my tiny business, selling online through Etsy and Not on the High Street and a number of shops and galleries across the country. It wasn’t a significant income, but it certainly helped and gave me the feeling I was achieving something and contributing to our family.

When she was about 18 months old, the commute was wearing very thin for my husband, the hours were long and our quality of life was not ideal so we looked at our options of relocation. Fortunately my husbands job meant we could look to transfer to another force area and North Yorkshire were recruiting. I’d always wanted to live by the seaside and this was a perfect opportunity! 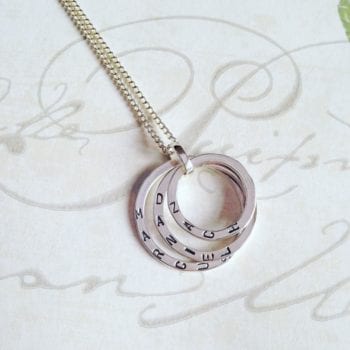 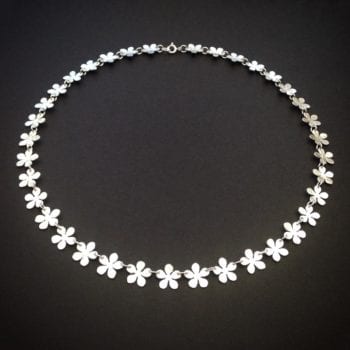 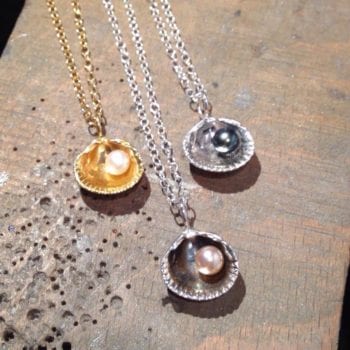 We moved to Scarborough in February 2017 and I’ve continued to grow my little business, working on days when Evie is at nursery but still having the flexibility to be there for her whenever needed, parents evenings, when she’s poorly, without the worry of it affecting my working hours. I know this is a struggle for some families and I feel very lucky that we can have this work life balance. When I moved to North Yorkshire, i didn’t know anyone so did struggle initially but then started to look for other creative businesses to network with as I had done previously in the North West. As a result, I was approached to run a couple of training sessions for new businesses wanting to sell online through Etsy. We had an excellent turn out and have over the last 12 months built up a local Etsy Team! We meet around once a month and have members covering all sorts of wonderful crafts and businesses. We held our first Christmas event in December at the Royal Hotel which was a great success! We were even nominated for a local business award in October 2018! I’ve build up a good circle of friends from this group too which has been a fantastic support network as the majority of us are self employed and work alone. Being able to bounce ideas and have a good moan to each other as you would do if you had work colleagues! The Etsy team have a Facebook page www.facebook.com/EtsyNYCoastMoors

We are now expecting our second baby in June and although I’m a bit apprehensive about taking time off, we have hopefully timed it just right (by chance) that I can begin jewellery making again in September, just in time for Christmas and when Evie starts school!

I make silver and gold jewellery mainly with seaside and weather themes, but I also make wedding and engagement rings, memorial jewellery and work to commissions quite regularly making bespoke pieces. I’ve also taught jewellery making workshops which I hope to start again in the future. My long term plans once both the small ones are in school/nursery to have a dedicated premises for my jewellery, whether it be a shop or a studio, still with the flexibility of working hours to fit in with the girls needs and  my husbands shifts. It is difficult being self employed sometimes as you have to wear so many hats, and your mind never 100% switches off, but as long as you know your own limits, when to say no and when to ask for help it works. And I wouldn’t change it for the world to have all this time with my daughter!

You can find me on Facebook www.facebook.com/KateWimbushJewellery and Instagram www.instagram.com/katewimbush. I also have a website www.katewimbush.co.uk but I’m hoping to use what spare (?!) time I have before number 2 arrives to revamp my site as I can work on it during the evenings and probably the sleepless nights to come 🙂